Serena Williams shared a clip of a typical lunch for her daughter, Olympia's doll, Qai Qai who ends up getting a strawberry-flavored facial.

It’s unclear if Serena Williams’ daughter, Olympia was feeding her famous doll, Qai Qai or simply giving her a “strawberry facial" as one fan put it. Whatever she was doing, the clip her mother shared was hilarious.

The famous doll has gained 141k followers on social media since it was first established in August 2018. Her impressive lifestyle alongside Olympia is well documented. 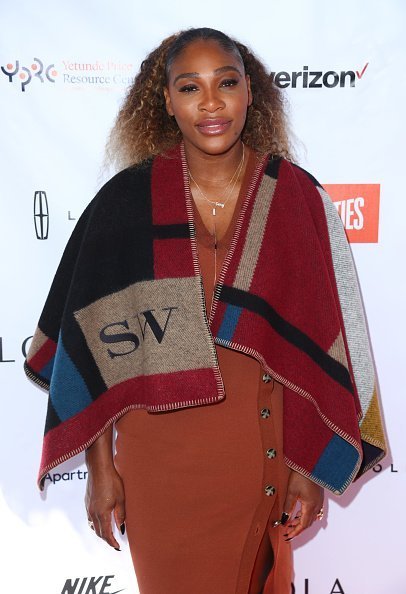 You’ve all met Qai Qai, Olympia’s favorite playmate and “daughter”  who’s been delighting people with her adventures and misadventures on her own Instagram account. The latest clip to grace her feed is that of her mommy Olympia treating her right, or wrong, depending on how you view it.

Serena, the woman behind Qai Qai’s social media, recently shared an amusing clip of the tiny doll getting some tough love from Olympia. The clip begins with the tutu-clad toy laying on the couch as her master munches on a strawberry.

Then Olympia decides to share her strawberry with her baby. She pretends to feed her but in her attempt, she rubs the strawberry all over Qai Qai’s face. The poor doll’s face is drenched by the time she finishes.

Serena captioned the clip, “Y’all call this a lunch break?,” speaking for Qai Qai who obviously didn’t enjoy that lunch.

y’all call this a lunch break?

MORE ABOUT THIS FAMOUS DOLL

The famous doll has gained 141k followers on social media since it was first established in August 2018. Her impressive lifestyle alongside Olympia is well documented.

excited to be back at the @australianopen! 🇦🇺

And aside from living the life of a celebrity, she was also interviewed by no less than Gayle King while shadowing the television host as her assistant. During her interview, she dished out intelligent answers about the greatest lessons she’s learned, why it’s important as a Black doll to be seen, and what her legacy is.

🚨World Exclusive🚨@realqaiqai, beloved doll of @olympiaohanian and @serenawilliams, sat down with OprahMag.com to give her FIRST-ever interview. And while she was at the O headquarters, Qai Qai got the opportunity to shadow @gayleking as her assistant. During a whirlwind day in NYC with Gayle, we got to know the real doll. She opened up about everything from why doll representation matters to the lessons she's learned from Granny Serena. Tap the link in our bio for the interview heard around FAO Schwarz—and follow our stories to see her day with Gayle! 👶🏾👶🏾👶🏾

From her grandmother, Serena, Qai Qai says she learned to “show up and show out.” As a Black doll, she’s happy that she’s a toy that other Black kids can relate with. And as for her legacy, she hopes to spread love and laughter and be an inspiration without taking herself too seriously.

Qai Qai is one admirable doll not just because she makes a little girl happy but she also inspires with her mere existence and with the many adventures she shares with us.